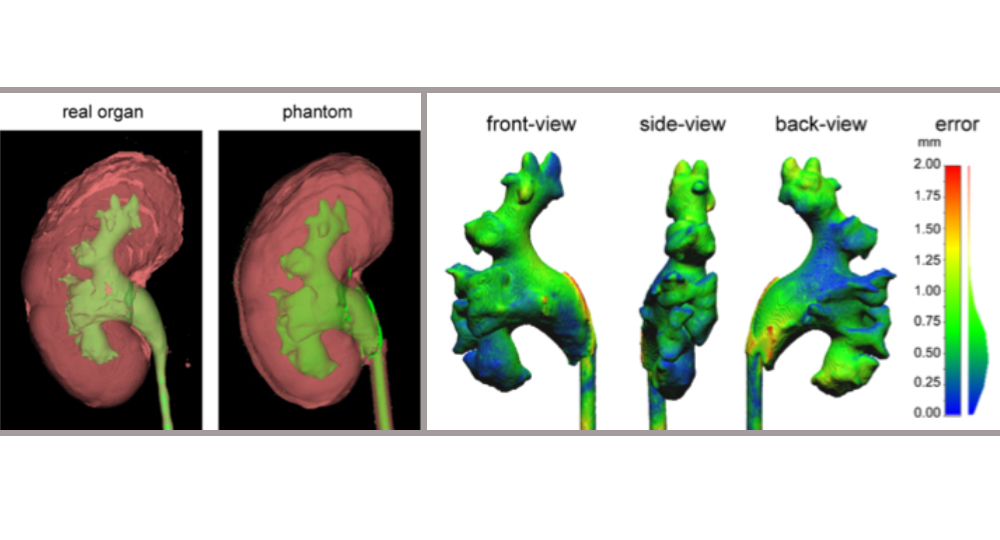 In this ERC funded project, we are constructing artificial organ models – phantoms – that are not only anatomically correct, but that resembles a real human organ in many aspects, for example the visual and haptic appearance to a surgeon, the cutting and suturing behavior, and a natural response to external stimuli.

Robot-assisted and minimally invasive medical procedures are impacting medical care and developers of commercial robotic surgical systems and medical device manufacturers look for realistic organ models (phantoms) that can be used to test procedures and to train medical personnel. Existing artificial organ models are either made from hard plastics, or they lack anatomical detail and are unrealistic.

For this purpose, we have developed new fabrication methods that can reproduce the mechanical and haptic properties of human tissue, and that show the same imaging contrasts as real organs. We have developed protocols for human kidney and prostate phantoms, and are working on building additional phantoms and capabilities. Our tests show that the phantom offers a unique way to evaluate, train and improve surgical skills for surgeons, and the phantom is important for the development and testing of medical device including surgical robots.